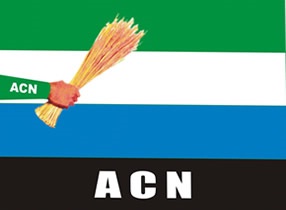 The Action Congress of Nigeria (ACN), formerly known as Action Congress (AC), was a Nigerian political party formed via the merger of the Alliance for Democracy, the Justice Party, the Advance Congress of Democrats, and several other minor political parties in September 2006. The party controlled Lagos. It was regarded as a natural successor to the progressive politics more closely associated with the Action Group and Unity Party of Nigeria (UPN) led by Chief Obafemi Awolowo in the First and Second Republics respectively