Elon Musk is already known for his ambitious bets, but the Tesla CEO is now gambling with his own net worth: Tesla announced Tuesday that it would pay Musk nothing for the next 10 years—no salary, bonus, or stock—unless the electric car company nearly doubles in value. 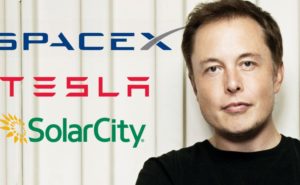 Before lauding Musk for his apparent selflessness, though, it’s worth noting that the billionaire, who has served as Tesla’s chairman since 2004 and as its CEO since 2008, has been getting along just fine despite never receiving a salary as long as he has been with the company. Indeed Musk, worth an estimated $21.5 billion, will once again refuse his annual paycheck of $56,000—California minimum wage—in 2018 and the decade thereafter.

Under the new payment plan, however, Musk could actually become much, much richer—and so could Tesla (TSLA, +0.12%) stockholders.

To earn any compensation going forward, Musk must grow Tesla, whose current market capitalization is about $59 billion, to $100 billion in market cap, and also increase its revenues or adjusted earnings (before interest, taxes, depreciation and amortization, a.k.a. EBITDA) by at least 70%. That would satisfy the first milestone of the 12-level compensation ladder, allowing Musk to collect stock options worth an additional $1 billion.

But Musk also has the opportunity to collect a significantly bigger windfall. If Tesla’s market value reaches $650 billion (an 11-fold increase) by 2028—and if the other financial measures multiply between 15 and 21 times—Musk can keep all dozen tranches of stock options, netting him an additional $55.8 billion, according to the company.

Musk’s real reward would be even greater. After all, the CEO is also Tesla’s largest shareholder, and if he hits all 12 performance milestones, the company calculates Musk would own as much as 28.3% of Tesla. With that large a stake of a $650 billion company, Musk’s net worth would surge to $184 billion in Tesla stock alone—potentially making him the richest person in the world. (Although Musk’s stake is unlikely to end up that large due to dilutive events, such as stock issuance to employees, the size of his current Tesla holdings would be enough to make him the richest person alive today.)

The world’s wealthiest person is currently Amazon (AMZN, +2.69%) CEO Jeff Bezos, whose $108 billion worth of Amazon stock makes up the lion’s share of his net worth. Musk’s maximum stock option award would boost his net worth—even before factoring in his ownership in his other company SpaceX—above that of Bezos. (Of course, if Amazon stock rises at least 71% in the meantime, Bezos, who also foregoes a traditional salary, would likely maintain his title atop the world’s rich list.)

While money is a powerful incentive, it’s not clear how much the incremental awards have driven Musk’s performance at Tesla. Besides forfeiting a salary, Musk also has yet to exercise any of the stock options he has collected as part of his previous compensation agreement from 2012, despite having achieved nine out of 10 milestones required to to receive the maximum amount. Of the Tesla stock he currently owns (some 33.6 million shares), Musk acquired the vast majority of it before Tesla even went public in 2010.

The new compensation scheme also incentivizes Musk to hit different types of targets than he has in the past, which critics worry will come at the expense of other achievements. Since 2012, Musk’s stock awards have depended not only upon Tesla reaching certain market valuation thresholds (all of which it has fulfilled), but upon accomplishing 10 operational goals, including rolling out its first Model X and Model 3 cars, and also producing its 300,000th vehicle.

By contrast, the new pay plan encourages Musk to focus on increasing sales, profits and the Tesla stock price without holding him accountable to meeting production quotas. It also untethers him from certain milestones that have remained stubbornly elusive—for example, the only outstanding hurdle from the 2012 agreement which Musk has failed to meet: The requirement that Tesla maintain a gross margin of at least 30% for four consecutive quarters. The last time Tesla’s gross margin was that high was the first quarter of 2012.

Of course, Musk has proven skeptics wrong multiple times before—defying bearish investors and short-sellers to achieve a more than 1,030% in Tesla stock over the past five years, and going so far as to sleep at the factory to keep production on track. If Musk can rise to this latest challenge at Tesla, he’ll also earn his place among Warren Buffett, Bill Gates, and the other wealthiest billionaires on the planet.

This article was originally published on www.fortune.com viewed 24th January 2018

Banking: How African Banks Can Bloom In The...

Where Is Condoleezza Rice During Trump’s Era?

Who Is Nasiru Danu? Did He Independently Finance...

Who Is Maxim Lobaty Of Russia? What Is...

We Do Not Realize The Massive Assets We...