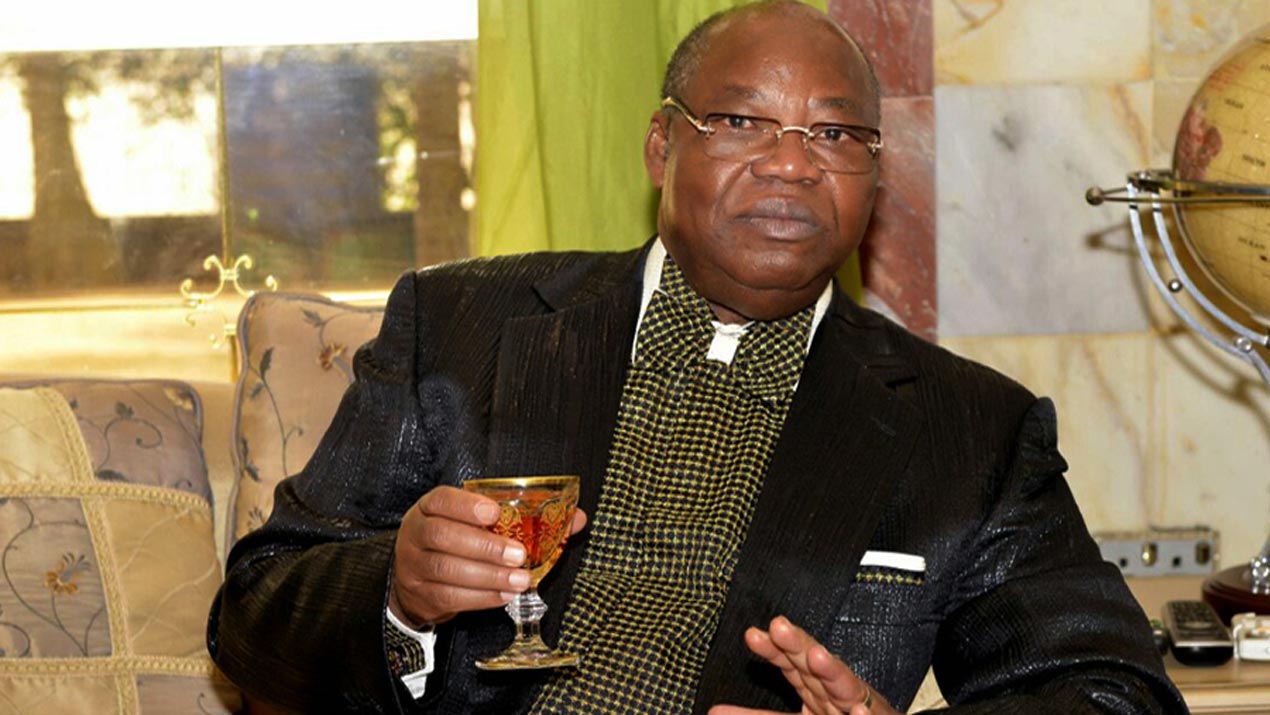 Dan Etete was the Minister of petroleum under military dictator General  Sani Abacha’s regime in 1995. He was known to have facilitated the transfer of $1.1bn to a company secretly set up by him called, Malabu Oil and Gas in 1998 to award himself a lucrative oil block. Through his company, he paid only $2m of the $20m legally required by the state to acquire the said oil block.

Since then, Mr. Etete has been involved in a series of illegal and fraudulent business practices both at home and abroad. In 2007, he was found guilty and sentenced to 3 years imprisonment and a fine of 300,000 euros(about $440,000) by the French Government for money laundering. His conviction also included the use of 15 million euros of funds believed to have been fraudulently obtained to buy properties in 1999 and 2000, including a chateau in northwest France, a Paris apartment and a luxury villa in the chic Paris suburb of Neuilly. After he was pardoned by the French government in 2014, Mr. Etete’s illegal activities didn’t not end there as he was said to have been involved in helping to facilitate the illegal transfer $1.3 billion for the sale of the oil block owned by Malabu Company from Shell and Eni to the company during former Nigerian President Goodluck Jonathan’s regime, who was also said to be involved in the fraudulent deal in 2011.

It was reported that $1.1bn was transferred to an account in London set up by the Nigerian government officials for the illegal deal and then transferred to Mr Etete, and $210 million given to the government. The Nigerian Attorney General, Mohammed Bello Adoke, who signed the documents involved in facilitating the payments, denied the rumours that the rest of the money was shared by public officials.  However, the transfer of the money to Mr. Etete was exposed when a Russian lawyer who claimed to have helped Malabu negotiate a deal with the Jonathan’s government sued in New York for a $66m unpaid commission. Both Shell and Eni, as of September 2014, were under investigation for corruption by authorities in the UK and Italy for the incidence which they denied but in 2017, e-mails obtained by anti-corruption charities Global Witness and Finance Uncovered apparently revealed that Shell’s executives were negotiating directly with Mr. Etete for a year before the oil deal from which he gained billions of dollars from was finalised. In March 2017, the EFCC filed corruption charges against Shell and Eni  and 11 other defendants including Mr. Etete, in connection with the deal. Prosecutors in Milan, Italy alleged that bribes were paid to win the license to explore the field, which never progressed to production and a Milan judge ruled in December 2017 that all accused will face trial, which means that Mr. Etete will face yet another possible conviction at the age of 73 years.

Where Is William Willie Anumudu? As Globe Motors Africa Rolls Out Made In Nigeria Hyundai, Higer Cars

5 Ideas For Growing Tourism In Africa

Who is Francis Atuche? Why Was He Sentenced...

Entrepreneur.com: 9 Opportunities You Have Every Day to...

Why Did kenya Airways Cut Back On Flights...

Who is Alpha Conde?

[…] Although the Italian and Anglo-Dutch energy giants deny any wrongdoing in the OPL 245 deal, this unfolding scandal which is being played out in an Italian court, involving Goodluck Jonathan, former Nigerian petroleum minister Dan Etete, Shell and Eni oil companies, M16 officers, the FBI, as well as some senior executives at the two oil companies such as former shell CFO Simon Henry who was forced to retire (Read The Corruption Scandal That Ruined Simon Henry Of Shell Oil’s Executive Career), continues to reveal foul play. It was also revealed that the former Nigerian oil minister, Dan Etete,  who was found guilty of money laundering by a French court used the illicit funds to buy a speedboat and a chateau. (Read Where Is Nigeria’s Former Oil Minister Dan Etete?) […]