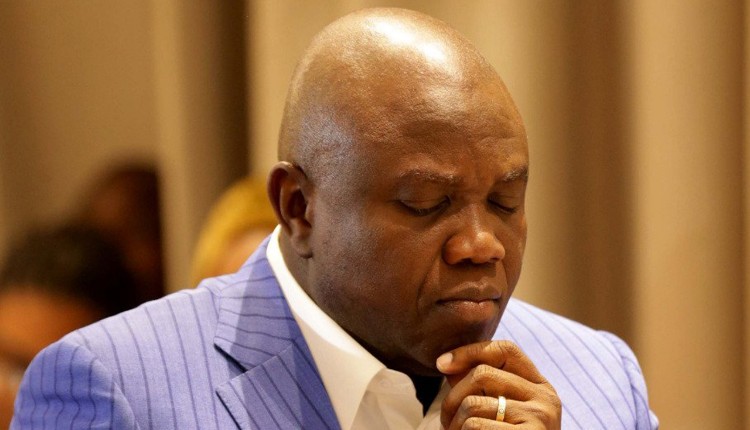 Governor Akinwunmi Ambode is said to be in a current state of anguish as the APC top players and who’s who in Lagos State have chosen Mr. Babajide Sanwoolu, who was handpicked by former governor Bola Tinubu, as the party’s preferred candidate to take over from Ambode during an indirect primary election exercise slated for September 29, 2018.

Sources revealed that the incumbent Lagos state Governor reportedly broke down in tears and has been down since the day he picked up the APC governorship nomination form. Ambode’s anguish can be traced back to the scandalous events involving ex-governor Tinubu’s illicit leadership affairs which he allegedly blames Ambode for the exposure, for failing to protect those who practically put him in office. This is yet another apparent display of the ‘godfatherism’ politics that has infected the Nigerian government from time immemorial. Ambode who was said to be secure for a re-election having done fairly well in his administration has since then not been in the good books of the ‘godfather’ leading to the loss of his support for a second term. Perhaps, the Lagos state Governor’s reign is gradually coming to an end.

However, with the current uncertainties, Governor Ambode remains in a state of what one of his aides described as “crestfallen, sombre and a tad dejected”, while Sanwoolu enjoys the support of Tinubu’s mandate movement.

How Did Fayemi Prevail At Ekiti Governorship Election...

Who Is Chris Omatsola? How Did He Lose...

Who Is Dapo Apara Of Alpha Beta Consulting...

Hmm real anguish. Who did you offend?