Top Posts
4 Ways To Maintain Small And Medium Enterprises’...
Top 3 Attractions To Visit On The Lagos...
Africa Free Trade Agreement: AFDB’s President Adesina Receives...
Top 5 Most Bizzare Religions Around The World
Malawi’s NBS Bank Launches Ecommerce Platform In January...
Sentinelese: The Most Isolated Tribe In The World
Who Is Bobi Wine? Uganda 2021 Elections
Badagry: A Brief History Of Slave Trade In...
5 Beliefs And Taboos In Ancient Igboland
Africa: The Most ‘Ready-For-Circularity’ Continent?
Home Africa Is It Fair That The Underwear Bomber, Umar Farouk Abdulmutallab, Is Sentenced To Life Imprisonment?
AfricaCrime & InvestigationEditor's PicksLegalNigeriaUncategorizedWorld

Is It Fair That The Underwear Bomber, Umar Farouk Abdulmutallab, Is Sentenced To Life Imprisonment?

The unfortunate event that landed young Umar Farouk Abdulmutallab, son of former First Bank of Nigeria Chairman Alhaji Umaru Mutallab, 4 consecutive life sentences in an American Federal penitentiary is one that still lingers in the minds of people, which sometimes brings up the question of if he was really deserving of such sentence or should have been given a second chance being so young.

However, we take a look at a young man who came from a respectable wealthy family in Nigeria and had no ample reason to become a terrorist but made a series of poor choices of his own will and sought the wrong guidance which led him to completely lose his way. Abdulmutallab was responsible for the failed attempted bombing of a Northwest Airlines Flight 253 flight which took off from Amsterdam to Detroit, USA on Christmas day in 2009, with 289 passengers on board. Luckily, a fellow passenger noticed a fire coming from Abdulmutallab’s trousers and the wall of the plane and subdued him while flight attendants extinguished the fire. When asked what he was carrying he admitted to carrying an explosive device which was attached to his underpants containing an explosive powder and other mixtures which formed the plastic explosive, tagging the title of “Underwear Bomber” to him. This was the frightening but yet relieving incident that cost the then 23-year old Jihadist his lifetime freedom.

In 2012, after years of much interrogation and a trial where he was charged with attempting to blow up and placing a destructive device on an American civil aircraft and additional charges of attempted use of a weapon of mass destruction and attempted murder of 289 people, Abdulmutallab was sentenced to four consecutive life sentences plus 50 years after reportedly changing his initial plea of not guilty to guilty and choosing to represent himself in court. It should be noted that when he was asked why he did what he did he stated;  “The Koran obliges every able Muslim to participate in jihad and fight in the way of Allah…I carried the device to avenge the killing of my Muslim brothers and sisters… Unfortunately, my actions make me guilty of a crime,” and was said to have referred to the failed explosives he had hidden in his underwear a “blessed weapon” and said he attempted to use it “because of the tyranny of the United States.” 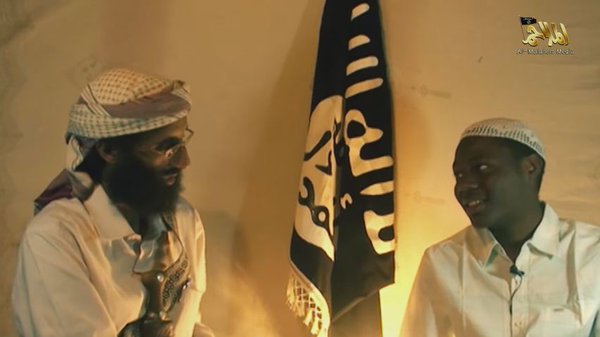 Investigations revealed that he acted under the instruction of the notorious terrorist group Al-Qaeda which took credit for the failed attack as revenge against the US government, and he was said to also be a student of another notorious terrorist killed in 2011 called Anwar Al-Awlaki during his stay in Yemen, who was known to be associated with several notable terrorist attacks including the tragic 9/11 bombing. Abdulmutallab made the choice to follow the ways of the jihadist terrorists, he made the choice to abandon his family and roots when he called his father from Yemen and told him he was no longer his son and should forget about him as he had decided to follow the twisted ways of the Jihadists. Every step and bad decision made towards the failed bombing was done knowingly and clearly without remorse by this young adult who was of sound mind and had already been contemplating these acts years before he joined the terrorist group, which answers the question of the fairness of his life sentence. If Abdulmutallab is to be ever let out of prison to roam the world, the chances of him attempting to bomb again  stand at a 100% percent, because if he had succeeded in his first attempt we will not be asking if he should be given a second chance but telling a whole different tale today with 289 innocent lives taken.

Top 5 Tips To Push Your Dreams And...

Inc.com: How Storytelling Can Elevate You Above the...

Nigeria Decides 2019: Why Was Rochas Okorocha Not...

Who Is Bimbo Odukoya? What Were Her Top...

A Mother’s Recount Of How She Left Her...