Top Posts
Who Was Chioma Madubuko? A Tribute To A...
Who Is Gbolahan Lawal and How Did He...
Domestic Investors On The Rise Despite Downtown In...
AFDB Board of Governors Set To Probe Bank...
President Buhari Approves Okonjo-Iweala Nomination for World Trade...
Top 4 Billionaires With Growing Fortunes Amidst Covid-19
Open Letter From Harold Doley To US Secretary...
I Am Sorry, George Floyd
George Floyd: 10 Comments That Fire Up The...
4 Leaders Who Subliminally Incited Unpeaceful Protests As...
Home Africa Top 3 Sources Of The Gupta Brothers’ (Atul, Ajay and Rajesh) Wealth In South Africa
AfricaBusinessCorruptionEditor's PicksPoliticsSouth AfricaUncategorized 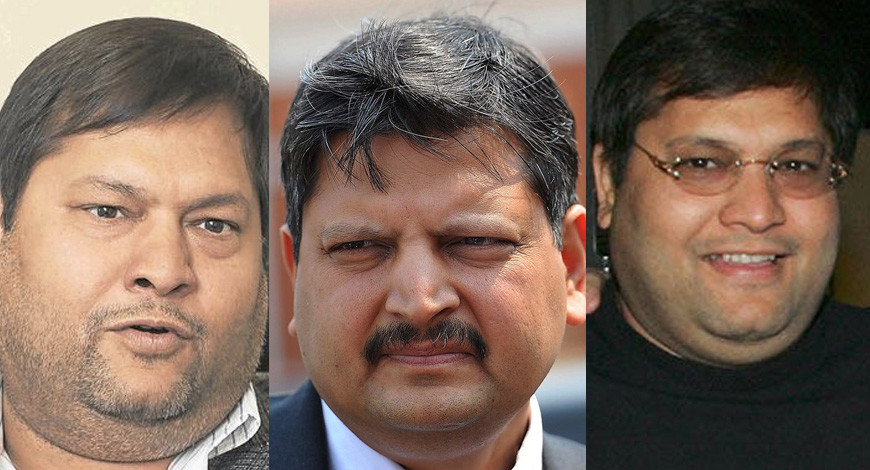 The Gupta family is a wealthy Indian-born South African family whose most notable members are the brothers namely; Ajay, Atul, Rajesh. The family migrated from India to South-Africa in 1993 and settled in the country. They own a business empire spanning computer equipment, media and mining, and have been the focus of widespread scrutiny because of their close ties to former South African President Jacob Zuma who held the office from 2009 to 2018, particularly during his Presidency. Their association with Jacob Zuma involved several allegations of corruption with claims that the government managed activities and decisions on some high-level appointments, and determined the control of some state enterprises, for the Gupta family’s direct or indirect benefit, or in agreement with them.

In 2016 Atul Gupta became the seventh-wealthiest person in South Africa, with an estimated net worth of $773.47 million. The family is based at the Sahara Estate in Saxonwold, Johannesburg,  a huge compound comprising at least four mansions, and also Dubai, UAE. Among their many controversial business ventures and investments, their extensive wealth can be linked to their 3 major businesses highlighted below:

Nigeria Economy: Is The E-Commerce Business Sustainable In Nigeria?

7 Most Powerful Women In The World

Top 5 Reasons Why The Nigerian Senate Must...

Who Is Jyde Adelakun Of Torch of Fame...

Day 3 of No More Phones Experiment. How...