Politics In Nigeria: Top 3 Priorities Of The Atiku/Obi Presidential Candidacy For Nigeria In 2019 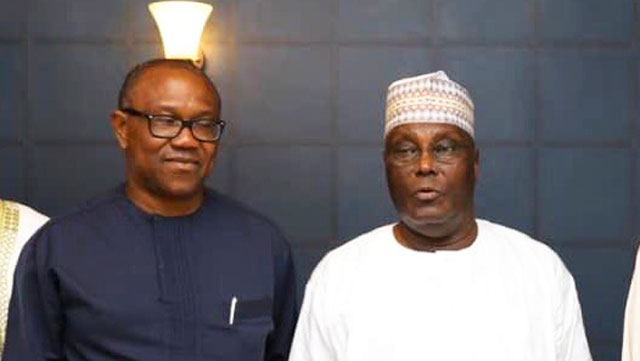 In the race towards the fast approaching 2019 General elections in Nigeria, the People’s Democratic Party’s candidate for presidency Atiku Abubakar and his running mate Peter Obi are gradually intensifying their bid and have disclosed the top priorities in the list of issues they are prepared to tackle in Nigeria if they are successful in the election. According to Peter Obi, since the APC took over the government they have left the country lacking in many areas which have led to increased poverty, division, more accrued debt and a general collapse. He exclaimed how the APC came to campaign in 2015 with a bundle of lies and presently, instead of the ruling party telling Nigerians if they had been able to fulfil their promises, they were spinning more lies.

Concerned about how to restore the country to where it used to be before the massive economic recession blast, Mr Obi listed top 3 major issues which the Atiku/Obi presidency will prioritize if elected:

Why Risk Management Is A Vital Part Of...

Where Is Buba Galadima? Buhari Regime Is On...

Political Insanity Nigeria: Who Is Hope Uzodinma? How...

The Major Problem Of Nigeria Today Is Former...