Top Posts
End SARS Memorial 2021: We Must Remember Every...
Nigeria Decides 2023: The Crucifixion of Abubakar Bukola...
Bitcoin Reaches A New High of $60,000, Closing...
Why It Is Important For Employees and Entrepreneurs...
Does Driving an Electric Car Save You Money?
Top 5 Travel Destinations In Africa
End Sars Memorial 2021: Top 5 Quotes From...
How To Set Measurable Goals To Transform Your...
How Was The 7 Years Somalia-Kenya Border Case...
2021 Top 5 Most Democratic African Countries
Home Banking Top 3 Investments Of Late Banking Mogul Tayo Aderinokun
BankingBusinessEditor's PicksLeadershipNigeriaUncategorized 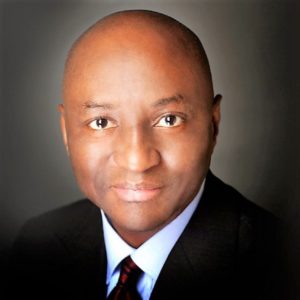 Late Tayo Aderinokun was the Co-founder and CEO of Guaranty Trust Bank. He was made the Deputy Managing Director and held the position for 12 years from 1990 to 2002. He later became the Managing Director of the bank following the resignation of Co-founder, Fola Adeola and maintained the position until his death in June 2011. Before going ahead to establish the bank popularly known as GTB, which is one of the top 5 ranking commercial banks in Nigeria, he built a successful career in the banking sector working for prominent organizations such as the  CBN, Chase Merchant Bank Nigeria Limited, Prime Merchant Bank. Under his administration as Managing Director, GTB earned so many awards such as the 2010 and 2009 best bank in Nigeria awards from the Banker Magazine, 2010 and 2009 best bank in Nigeria awards from Euromoney Awards for Excellence, SIAO 2009 and 2008 Best Corporate Social Responsibility Awards, 2007 Most Respected Company in Nigeria Award from PricewaterhouseCoopers and Businessday, and the Nigerian Stock Exchange President’s Merit Award in 2003, 2005, 2007 and 2008.

Aside from the establishment of GT Bank and his recorded successes in the banking industry, Late Tayo Aderinokun also had investments and shares in other established companies among the top 3 listed below:

The Expansive Wealth Of The Folawiyo Family

Who Is Bola Shagaya? Why Did She Forfeit...

Breaking: How Apple Company Broke Record As The...

Get To Know The South African Mining Billionaire:...