Top 3 Most Notable Assassinated African Leaders Of All Time 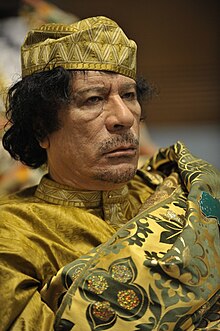 Muammar Gaddafi served as a Revolutionary Chairman of the Libyan Arab Republic from 1969 to 1977, and then as the “Brotherly Leader” of the Great Socialist People’s Libyan Arab Jamahiriya from 1977 to 2011. Gaddafi was regarded as an authoritarian whose leadership violated human rights and financed global terrorism. The rising protests in 2011, particularly in Eastern Libya against widespread corruption and unemployment, descended into a civil war. As a result, the North Atlantic Treaty Organization (NATO) intervened with military forces on the side of the anti-Gaddafist National Transitional Council (NTC). Gadafi’s government was overthrown, leading him to retreat to Sirte, but he was eventually captured and killed by NTC militants that same year. 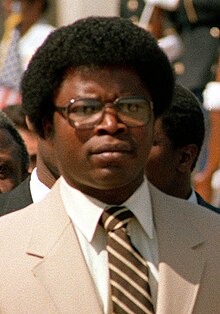 Samuel Doe served as a Liberian military leader from 1980 to 1990. He became the de facto head of state after staging a violent coup in 1980, killing President William Tolbert, and executing much of the True Whig Party leadership. After a fraudulent election in 1985 in an attempt to legitimize his rule, opposition to his rule increased leading to the loss of the U.S government’s support which he had for most of his administration. Samuel Doe was eventually murdered by his conqueror, Prince Johnson, during a civil war which began in December 1989, when rebels entered Liberia to capture him. He was captured and overthrown on 9 September 1990 after being tortured during interrogation and executed in an internationally televised display.

Mohamed Boudiaf was one of the founders of the revolutionary  National Liberation Front (FLN) that led the Algerian War of Independence in 1954–1962. He became the head of state and given the title of Chairman of the High Council of state of Algeria under the power of the military in 1992 after he returned from a 27-year exile for opposing the single-party government of the Ben Bella’s presidency which took over after Algeria gained its independence. However, Boudiaf was assassinated by a bodyguard during a televised public speech at the opening of a cultural center in Annaba, on his first visit outside Algiers as head of state. His assassination which was never justified came as a shock to the people of Algeria as they saw him as a martyr for Algeria who could have been the country’s saviour.

PUSH YOUR DREAMS – DON’T GIVE UP!

Who Is Roland Agambire? What Happened To His Plans To Build A $10 Billion Tech Hub In Prampram Accra Ghana?

Who Is Ghanaian Billionaire Joseph Agyapong Siaw Of Jospong Group Of Companies?

Nigeria: Is Military Aviation Getting Any Safer?

Who Is Piper Kerman? The Woman Who Laundered...

Who is Francis Atuche? Why Was He Sentenced...