Top Posts
End SARS Memorial 2021: We Must Remember Every...
Nigeria Decides 2023: The Crucifixion of Abubakar Bukola...
Bitcoin Reaches A New High of $60,000, Closing...
Why It Is Important For Employees and Entrepreneurs...
Does Driving an Electric Car Save You Money?
Top 5 Travel Destinations In Africa
End Sars Memorial 2021: Top 5 Quotes From...
How To Set Measurable Goals To Transform Your...
How Was The 7 Years Somalia-Kenya Border Case...
2021 Top 5 Most Democratic African Countries
Home Africa Who Is Ellen Johnson Sirleaf? How Well Did She Impact Liberia As First Female President?
AfricaAfrica's BestLeadershipLiberiaPoliticsUncategorized

Who Is Ellen Johnson Sirleaf? How Well Did She Impact Liberia As First Female President? 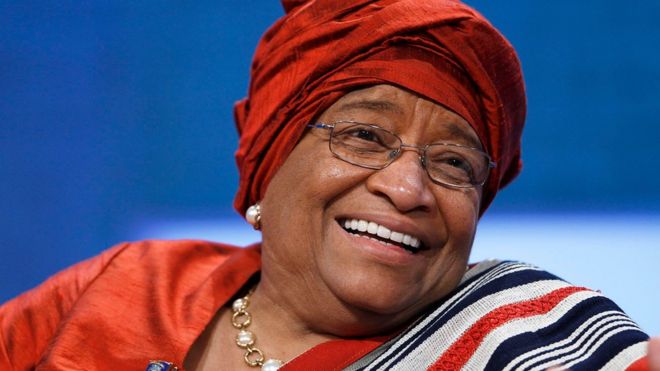 During her double tenure as president of Liberia, Ellen Johnson Sirleaf made a remarkable and long-lasting impact on the country. She issued an Executive Order making education free and compulsory for all elementary school-aged children in 2007, and in 2010 signed into law a Freedom of Information Bill which is the first legislation of its kind in West Africa. Ellen Johnson Sirleaf contributed to the success of the debt relief of the country which was in major debt at the time she assumed office, making it her administration’s top priority. She also established the Truth and Reconciliation Commission in 2006, for the promotion of national peace, security, unity and reconciliation by investigating more than 20 years of civil conflict in the country. Ellen Johnson Sirleaf also made it her priority to strengthen the country’s relationship with other nations such as the United States and the Republic of China, she was actively involved in the promotion of foreign policy.

Despite the surmounting pressure she faced as a female leader in politics in Liberia, Ellen Johnson Sirleaf remains an outstanding figure in not just Liberia but in the history of Africa’s most honourable leaders.

The Case Of Nyakim Gatwech: Top 3 Reasons Your Skin Color Is Your Power

Who Is Hakeem Muri Okunola?

Africa Day: What You Need to Know

Olatorera Oniru Set To Speak At The Women...