Many have never heard of her before but she is one of Nigeria’s silent billionaires with far-reaching political connections. Let’s discuss her story and how she rose to become one of the biggest players among the who’s who in the nation. An Accounting graduate of the prestigious Obafemi Awolowo University, Oyin Adeyemi is an entrepreneur and the Chief Executive Officer of her Construction Company, Still Earth Group. 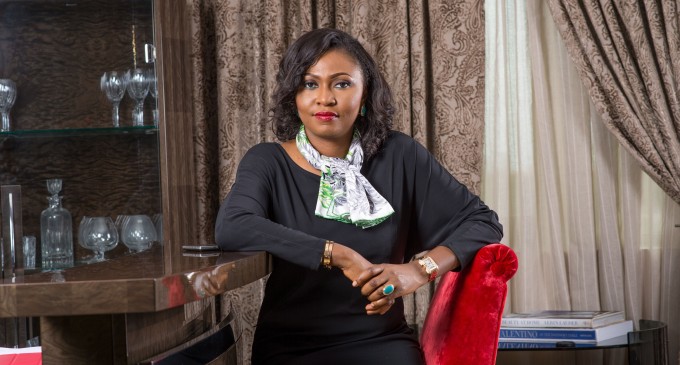 So how did an accounting graduate overcome the journey to becoming Nigeria’s female Julius Berger? The former Banker and fashion retail entrepreneur  left her unfulfilling career in the banking sector to start Still Earth Nigeria. Her ascent to the exclusive ranks of the male-dominated Construction and engineering sector was a result of her dilligence, persistence and an indomitable fighting spirit. A fighting spirit so fierce that it even caused her to clash head to head with the Chagoury brothers of the Eko Hotel Group, who are among Nigeria’s richest men. In the same year, 2017, She also lost over 150 million Naira worth of jewelry through theft by her former domestic helper. Against all odds, Princess Oyin Adeyemi is unwavering in her pursuit of success and excellence.

How did she rise to wealth? Her rise to wealth and fortune can be closely tied to her political affiliations. Once an aid to former Vice President Atiku Abubakar,  Oyin Adeyemi is also said to be a political ally of former governor of Ekiti State, Ayodele Fayose. These political connections have in turn opened financial doors to aid her endeavours.

However, Oyin Adeyemi maintains that  “Still Earth has constructed over 45 kilometer road around the country, several building projects and has financed laudable projects that impact the economy of our great nation.” Thus, establishing her credibility and that of her company and her various income streams.

A seasoned project management professional, Adeyemi also holds an MSc in Political Economy & Governance from the University of Abuja, Nigeria. She earned an additional OPM Degree from the prestigious Harvard Business School. She is a proud recipient of several awards and accolades including the African Leader of Integrity Merit Award – Excellence in Corporate Governance & Service Delivery from Accra, Ghana, alongside several recognitions in Community Social Responsibility,

Oyin Adeyemi is known within the social circle of Business Moguls Tunde and Biola Ayeni. She was one of the profiled guests at Biola Ayeni’s 50th birthday celebration in 2017.

Want to push your dreams in high-potential country of Nigeria? You must read Olatorera Oniru’s 2018 e-book release titled Push Your Dreams available now on Olatorera.com and on Amazon.com.

Banking Industry Nigeria: Top 5 Once Very Popular Banks That Were Mismanaged And Are Now Defunct

Was it right for President Buhari to issue...

Who Is Roland Agambire? What Happened To His...

From Dino Melaye and Ayo Fayose To? As Nigeria Moves Away From Bad Leadership, What Does The Future Hold From 2019? | Olatorera Consultancy Limited October 20, 2018 - 11:15 pm

Log in to Reply
Politics In Nigeria: Who Is Kayode Fayemi? | Olatorera Consultancy Limited November 5, 2018 - 7:43 am