Who Is Tonye Cole? Why Does He Want To Become Governor Of Rivers State Nigeria?

Tonye Cole is one of Nigeria’s well known business moguls. He co-founded one of Nigeria’s leading oil & gas companies, Sahara Group, operating in the oil/gas, infrastructure and power sectors. Sahara Group was founded in 1996 alongside co-founders Temitope Shonubi and Ade Odunsi. Sahara Group is headquartered in Lagos, Nigeria and has offices in Abuja, Port Harcourt, Cote D’Ivoire, Ghana and a few other countries.  In 2018, Tonye Cole quit Sahara Group as Executive Director and declared his intent to join Nigeria’s political circle. Tonye Cole is currently campaigning to become the next Government of oil-rich Rivers State Nigeria. Rivers state is the 2nd largest contributor to Nigeria’s GDP. Tonye Cole has indicated his political ambition is a call for him to change Rivers State and Nigeria positively. Tonye Cole’s co-founders were not pleased with his resignation after over 20 years of doing business together, non-politically. In a statement released to the media by Sahara Group, Cole’s other co-founders approved the following message:

“The Sahara Group wishes to state for the record that as a non-political and non-partisan group, it is not affiliated to any political party in any country we operate in and does not engage in Nigerian politics. Mr. Cole’s decision to participate in active politics is his individual preference and choice to which he is entitled. In accordance to Sahara Group’s Corporate Governance Charter and International best practice which prohibits any of our key Management or Board members from partaking in active politics, promoting or supporting any particular political organization or ideology, Mr. Tonye Cole has resigned all his Board appointments and day to day responsibilities for the Sahara Group companies and its affiliates with immediate effect.” 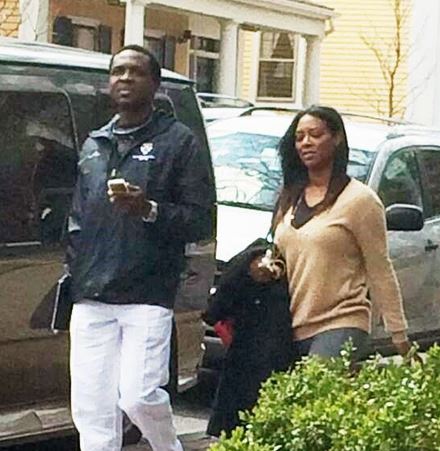 At his peak of wealth and fame in 2014, he was rumored to have been engaged in an affair with model and reality tv star of The Real Housewives of Atlanta, Kenya Moore. During a Wendy Williams Show that aired on BET around the same time, Wendy said about Kenya Moore’s frequent outbursts of having an African Prince, “Many people including me had doubts about if this African boyfriend really existing but now we might know who he is. His name is Tonye Cole and he’s a Nigerian oil magnate. He was apparently recently speaking at Harvard University and Kenya was spotted there with him, walking around the campus… There’s only one problem though, Kenya girl, you got to close your legs to married men. I’m sorry Kenya. We here at the Wendy show…we checked out…his Facebook page, his status and he’s married with kids.”

Want to push your dreams in great-people, good-nation, poverty-ridden, corruption-stricken, high-potential country of Nigeria? You must read Olatorera Oniru’s 2018 e-book titled Push Your Dreams available now on Olatorera.com and on Amazon.com.

Why was Dino Melaye arrested by the Police?

How to Encourage More Youths to Venture Into...

Politics In Nigeria: Ambode Out? Only One Term...