Africans today enjoy rights-full profound freedom but this freedom came at a huge price our predecessors had to pay to secure freedom for future generations. A lot of innocent people lost their lives as sacrifice to allow future generations live free of the strong hold of colonialism. Behind the unrelenting resolve to kick out the intruders was a force of resolute from African leaders who, in their own ways, stood firm against the colonizers and fought to ensure the continent was free again. Here are top 5 African leaders of all time who fought hard for independence and led their countries all the way through to the post-colonial era we live in today: 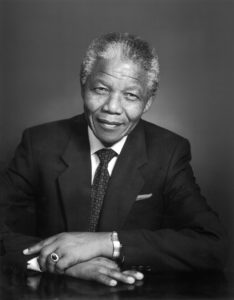 Who Is Mallam Salihu Isa Nataro?

Africa’s Best: Who Is Historic Olaudah Equiano And How Did He Contribute To The End Of Slave Trade?

2018 Who Is Nigeria’s Richest Senator?

Have US President Donald Trump And North-Korea Leader...

Who Are The 4 Nigerian Senators That Died...

Who Owns Foodville and The Place Restaurants Nigeria?

Is It Fair That Paul Kagame Has Made Skin Lightening and Bleaching Products Illegal In Rwanda? | Olatorera Consultancy Limited January 9, 2019 - 8:28 am

[…] products. Paul Kagame has been recognized as one of the strongest leaders Africa has ever had post-colonization. One of the major reasons Kagame is strong is because he loves his people. Kagame genuinely loves […]